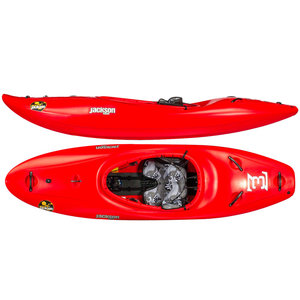 The Zen bridges the gap between river runner and creek boat and offers a new tier in speed and performance. The sidewalls are higher than the previous model giving it much improved stability. The added volume and bow rocker keep you higher on the surface. The Zen has held onto its fast, light maneuverability but now allows you to fly up and over rocks, holes and waves better than ever. Whether you are looking for a forgiving, easy to roll all around kayak while just getting started or wanting a sporty river runner that surfs as well as it creeks, the Zen is for you. This new hull design will make the Zen a forgiving kayak for those rolling, bracing and running whitewater for the first time. Making it not only an awesome instructional kayak but a top creek racer as well. The end result will be a Zen that is fast, stable and more versatile than ever on rivers and creeks. Available in three new sizes, the Zen S, M, L.